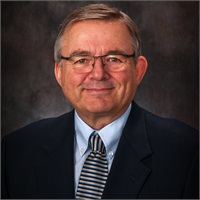 Doug is the founder of Verley Financial. In his over 30- year career, he has helped his clients with the complexities of financial planning by drawing on his education, experience, and background as a CFP®, Certified Financial Planner. Doug also holds the Series 7, 22, 63, and 65 securities registrations, as well as life, health, and annuities licenses. A graduate of Concordia College in Moorhead, MN, Doug also attended graduate school at Iowa State University.

Doug and his wife, Julie, have three grown children and three grandsons. He has been active in his church, serving as a past president, board member, teacher, and endowment committee member. He has served on several other non-profit boards and was a co-founder of the Canton School District K-12 Foundation. He has also been involved in establishing endowment funds at various churches. In his spare time, he enjoys fishing, hunting, attending high school athletic events, and spending time with his family.